Hail to the Buddhas and Bodhisattvas!

Many seek a superficial level of healing, of security and comfort that lulls them into a false sense of optimism. There is no real penetration to the root causes of the sickness or dis-ease, there is only the suppression of symptoms. It is deadly within the body, but even more dire to the mind and spirit. It creates the prime conditions for a being that has no true sentience, no true sense of self, or purpose but whose behaviors are involuntary expressions of a conditioning or program that has extinguished their organic true human spirit. Thus the demons find their vehicles in the ‘incurable ones’ that do not believe in the Doctor, the medicine, nor acknowledge they are even sick. They are not truly sentient beings even though they appear to be alive. They are heedless, their mind leaks like the sieve of all holy teachings and they can never Remember.

What is forgetfulness? It is fleeting inspection which is simultaneous with and on the same level as the emotions. It functions as the basis of distraction.

Sentience is defined as 1 : responsive to or conscious of sense impressions. 2 : having or showing realization, perception, or knowledge. Yet there are so many who are literally unconscious and unresponsive to the awe and Mystery of this existence and incarnation. There is no valid realization or perception of reality, just the aggregation of conditioned behaviors that function like a script, devoid of a kernel of self or individuation, or true humanity. They lack an authentic sentience that is below even animals or plants, and can be considered a type of artificial or inorganic “consciousness.” In the Gnostic systems these types would be called hylics, or somatics who appear “human in form, but since their entire focus was on the material world, such as eating, sleeping, mating or creature comforts” they are not capable apprehension of Pneuma (πνεῦμα) as spirit/breath and the spark of light from the Gods. 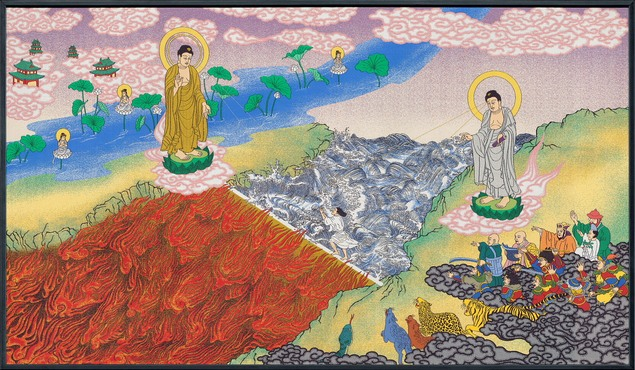 To delude oneself into false security, to tell lies to face the day and sleep at night merely denies the inevitable crushing reality that awaits. One should not simply hide, pretend, or have the type of New Age worldview that is like a painkiller that does not address the source of the pain. One should have anxiety, depression, one should have panic attacks in the night, a sense of dread at certain levels to awaken from grasping to this world’s traps. If one were in complete perfection, free of conflict there would be no awakening. Yet so many want a magic pill or trick to transmute all negative emotions and to be free from suffering on this superficial level.

Many of the ‘elite,’ who even claim to be Buddhist or influenced by Buddha, suggest their extreme tactics are to ease suffering. Yet they actually inflict deeper and deeper suffering, and most of them in their core understand and do it with intentional deception of cloaking their agenda in beneficence. They have outright stated their intention to dispense with organic life and to achieve a virtual existence of ‘no suffering’ in an artificially-induced state of deep hypnosis. It is the nightmare of technology and transhumanism and it is the anti-thesis of the Dharma. It is to divert consciousness from true introspection and meditation, true spiritual practices and skillful means, into the opiate of eternal stimulation, virtual realms and metaverses where one “owns nothing, and is happy.” It is a parody of the Dharma, a caricature of Buddhist thought, and a dangerous cult to lure those whose hearts and Mind are sickened by the world these same ‘elites’ have manifested and created. 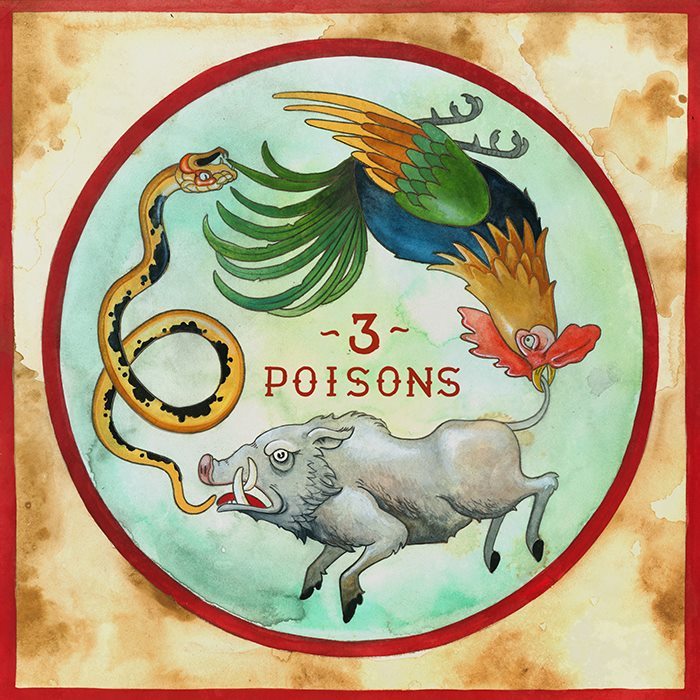 It is a lure to a numbing of being, of an artificial firewall and comfort in which to escape the deepest purpose of existence and to trap souls from incarnating, procreating, and attempting to ensnare sentient life away into eternal distraction from pursuing the Great Work and liberation. Many have already assimilated into this virtual reality, have bent the knee to the trends and hive mind cultic injections and injunctions as they seek whatever path of least resistance to avoid the type of suffering that awakens one to reality or any discomfort that gives the realization of the temporal nature of life.

This response is a type of dissociative bargaining with reality, with mortality, with the frustrations and demise of potential that one should mourn as each breath takes them closer to death. Those that validate the waste of this precious life, who enable the rot and squandering of this incarnation and who console themselves with little tokens or simulations will have a reckoning of the consequences of such careless oblivion and shirking of Dharma.

Just as a critical mass of people in life do not really want to contribute or work for a living and have a sense of entitlement that they deserve everything for free, so it is with the Dharma and the Way. So many think they can escape the organic work, the authentic toil of the Great Labor of alchemical transmutation, and that technology or money or a saviour will intervene or save them. So many want to indulge in only what feels good, what is easy, and never want to confront the poison that hides and permeates within them just below the surface with its subtle venom. 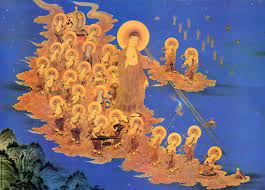 There is cause for great fear, of terror in endless cycles of death and rebirth in lower forms. There are things much worse than death that can tarnish the heart and obliterate the sanity of the Mind. The human is precious, fragile, poised above the abyss in a precarious and vulnerable state of near helplessness. The temporal, dream-like nature of life can quickly descend to nightmares of famine, atrocities, of sickness, violence and all-consuming suffering such as one will wish for death. The anti-Dharma wishes to ensnare the incarnating souls through massive programs of depopulation, strict control of reproductive rights, social crediting tied in with healthcare, insurance, travel, ability to buy/sell, private property, parental rights, down to enforced experimental alterations of DNA through the obvious and already deployed tactics. It is both dreadful and absurd but we are witnessing such outright pronouncements of such by the political and social members of this dark cult. 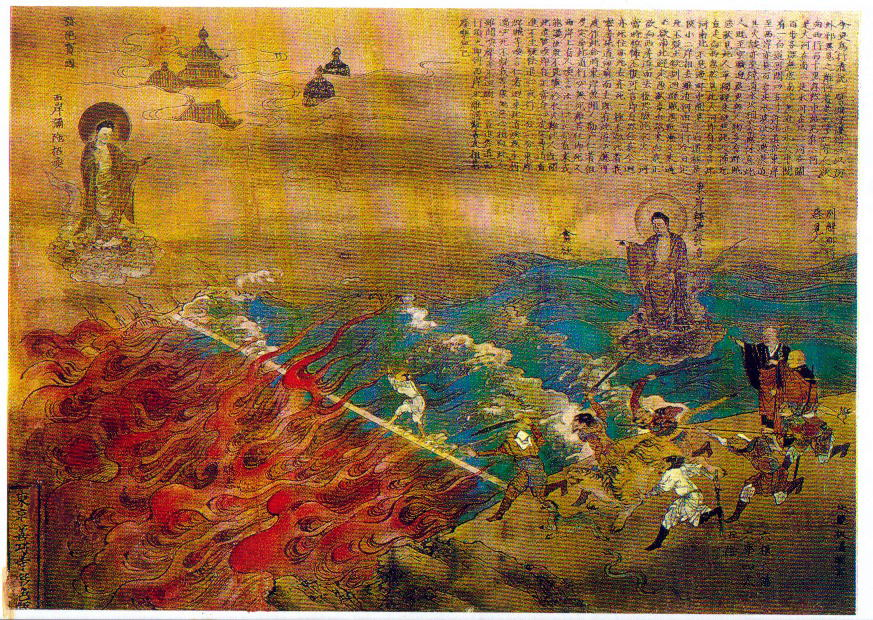 Time and funds spent on recreations and distractions will be like bitter toxins in the mouth, memories of frivolous chasing experiences will be like haunting yearnings for the precious time back to engage in the purpose of this existence. Time spent sleeping too much, arguing, in stupors of delusions and wastes of days, years and decades will burn like a hellfire in the Mind as it becomes fettered to its own delusions for eternity. Like children who refuse to learn or obey, like perpetual adolescents who never mature, they are stunted in intellectual, emotional and spiritual growth and they form an aggregate of a new reality divorced from the Old Ways. It takes but a few generations to completely destroy the past, Tradition, to eradicate the Way from a land almost entirely, such as was done in the great purges of China and Asia. Soon there will be only those who will grow up never knowing there was an alternative Way. 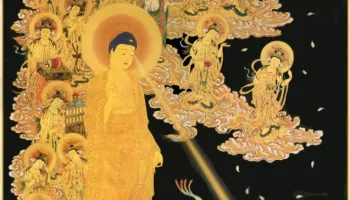 The radical deployment of this Agenda is accelerating and the health, economic and global crisis are the reverse alchemy to prime for this coming new order from the chaos. There are brief windows to do profound deeds and make the proper use of this time in the gap between the coming new ‘reality.’

Many walk through life asleep, in a daze or dream, as if this life is a dress-rehearsal, with no sense of immediacy or urgency of the human incarnation. The entire modern worldview is to transgress nature for a type of controlled comfort that distorts reality. Discernment is surrendered for respites of escapism as it takes too much effort for many to do the work to find the truth in which to navigate the darkness. The conditioning is not only accepted, it is sought as a pleasant diversion and release to be told what to do, how to think, what to believe rather than to engage in the Mysteries of Life. It is an embedded flaw of character that procrastinates from essentials.

We have witnessed the mass surrender to such conditioning and fears, of accommodating mental illness and a weaponized idealism that exploits the best of human nature and the worst of human fears. The very essence of humanity is, without hyperbole, the trophy of the darkest forces to degrade and destroy. Things will never be ‘normal’ as this reality impinges into the comfortable reality that has been artificially insulating many in the modern world. Just as the interior poison must be confronted, the macrocosmic toxin that has amassed and churned from the war of the Gods has saturated all of reality. The pressure builds, the storm aggregates, the conditions ripen for chaos…

The collapse is nudged along by these husks of broken souls, these icchantika -those so debased, so numb, so heedless, so materialistic, so totally severed of all his/her roots of goodness that he/she can never attain liberation and nirvana or enlightenment (Buddhahood). As written in the Canto 1 – Chapter 16 – Srimad Bhagavatam “Those after all, who are lazy, have a dull mind and are short-lived, pass their days and nights with aimless activities and sleeping.” Their root cause may be that they are not truly sentient, not truly human but a type of automated biological entity that is not truly alive or of the heritage of the Gods, Buddhas and Heroes. These soulless lifeforms have reached a critical mass, serving the Enemy in this world and the next.

The compliance with the absurdity, the accelerating of the chaos, the unleashed nihilism and insanity of these walking ghosts is like the forces within that delude one into false states, into forgetting, into oblivion and escapism from the Great Work. Many are in a state of flux, in between, their soul is within the threshold of the realms, faltering, fractured and broken; it seeks but becomes too weary, distracted and ultimately careless. Bad habituations accumulate, spiritual and mental disorders aggregate and knot the body’s energy and disease erupts.