Hail to the Buddhas and Bodhisattvas!

The training on the mountains is so intense that one becomes silent in contemplation on an interior level that yields to the True Clarity. The prostrations so focused, the training so deep and intense that the body can barely move as it recovers. Through the resistance, muscles are formed, integrity and self trust arises. Excuses fall. Kindle the sacred fires, burn the waste and nonsense from one’s being. Once again, to the right student, a few words suffice, to those who are nearly hopeless, there are never enough words. But it is the vows of those even in the highest modes of practice and absorption to come down from the mountains that some might heed the Way. 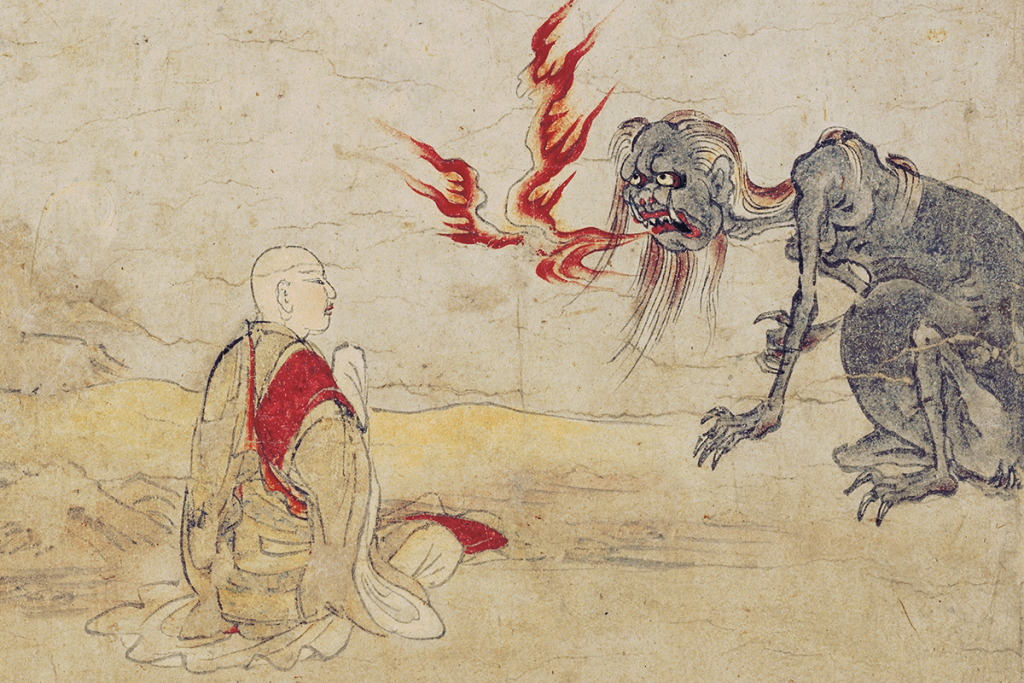 To engage in the Great Work with such devotion and focus stabilizes the mind, body and spirit. One does not fret, worry, and waste the days and years in the delusions and vanity of mundane concerns. It is a process of inner transmutation, of maturation, of ripening. One makes progress, discernible advances in health, in insight, in power and strength of Being. Many delude themselves that they are engaged in such tasks. They can not have a single day of pure devotion and concentration. They lack substance, depth, and therefore potential is wasted and dissipated. This is the best of outcomes for such that fail. The worst become true demons, anti-Dharmic parasites that gnaw and feed upon the energy of the weak and attack the saints that seek to liberate them.

So much of the problems, neurotic worldviews, the distortions of reality of inorganic and unnatural philosophies and filters of understanding only arise in the vacuum of true Dharma. These are the spiritual poisons, the toxins of the modern world that have severed all connections to nature, from biology of time and the seasons, the rhythm of the day, of the sun. The flicker of fires is artificial screens, fake light, fake friends, virtual life, learning, even sex. The caloric requirements, the core survival is taken care of for most if not all reading this. In this supreme luxury and freedom, this security from starvation and the elements is wasted on those who can never abide and build from their abundance. Instead of untold possibilities, studies, research and works for humanity to be realized most must drown in the liberty and freedom of such abundance. They cannot handle freedom, they are degenerate, weak at their core, and all of the convenience, the pace and self-gratification leaves them hollow and bitter. They have to inflict so much pain and misery to feel alive, to test the depths of their numbness, their oblivion. 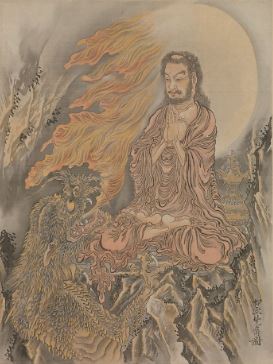 The poorest on earth in this time are richer than most kings of the past. Such ease of life, benefiting from ancestors and systems from which one contributes nothing enables truly rotten evil behavior. The latent worst of humanity, the despicable qualities of being dishonorable, weak, dissolute, decadent emerge in a mixture of hubris and victimhood, entitlement and blame. So many are in a perpetual crisis mode. They find every excuse to not do something, but never find an excuse to actually cease mentation and act in pure intention. If one grasped each breath, each thought, each word’s resonance and importance they would be hypervigilant, guarding each moment, the supreme moment of being infused in past, present and future with complete engaged attention.

The worse are those that become demonic by fetishizing one aspect of the teachings, they seize on part, focus their wayward energy on it until it distorts to comport with their reality and dark poison worldview. A key one is manifesting desires, they become so selfish, so self-serving, yet they actually do no work to earn anything of power. Power and station is earned, enlightenment is earned. In traditional initiation, everything had to be earned, the right to wear robes, to read texts, to do practices, to partake in sacraments, and rituals. But the demonic person now thinks they are entitled to the highest aspects of power, the luxury, leisure yet every action they engage in destroys strength. 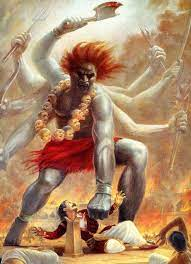 We see many that vacillate between extremes within themselves of complete demoralization and an arrogance and hubris of their ability. The Great Work requires every facet of being engaged, it requires art and science, wisdom and industry, human striving and divine influence. We must reach upward and strive, we must charge our inner force, this is the only way to manifest and create and progress on the Way. The skillful means to prime our primordial energy are found in the masters’ works, their herbal formulae, their icons, the sacred herbs, minerals that hold an energetic signature. But these are worthless without meditation, without sealing the crucible. There can be no wavering, there has to be the charge, the empowerments to build up unfathomable forces, these descend through the channels, flushing out wayward energies, psychic knots and blockages.

The Way is simple but not easy. Just as in physics or economics or any project there has to be energetic inputs. There has to be catalysts, momentum, the skillful means. Many will understand it too late but those that have had true near death experiences, or true initiation or literally twice born or born again. The old self is dead. Death itself is the teacher, the fragility of life, the finite amount of time, the extreme tensions that arise in the world, all are calculated to force an ultimatum in those that think this realm is for comfort or is home. These events, in taking this year or each day as the last, is a skillful means to generate urgency, immediacy, priorities in Work and to relinquish the grasp on what we cling to for security, as crutches, as excuses.

We can quibble on semantics on what is meant here, but Nature does not. From the one sperm or few seeds that germinate, to the animals that survive, the brutal reality of an elite hierarchy is written in the book of life. Life is struggle, it is the eternal battle of something or nothing, the war of the Gods that even the sages are reluctant to fight. The final battle is between the elites of the Dharma and the saints of the abyss. 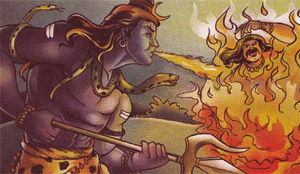 As we write, so much of the magical techniques are openly disseminated now that the hive mind and technological overlays are in place. The magical chains use technology to amplify their power, to potentiate the intentions, using social media, drugs, sexual sorcery, etc. even to the unsuspecting whose mind is infected with these toxic and poison agendas. Many are so lulled into the New Age thinking that allows these spells to metastasize, becoming the unwitting vessels for this patient, dark energy that hates humanity and its godlike potential.

There are rules of engagement to this realm. The deeds place us within these potential manifestations of our human potential. There is reciprocity and there is vampirism, symbiosis versus parasite, the fixed versus the volatile. In balance, they have their functions in Nature. When unchecked, a perfect storm of darkness washes over the earth. We are in such a phase, and it mirrors the innerworld in most. Their microcosm is a reflection of the world’s macrocosmic drama unfolding. Most modern scientists think of reality as a purely chemical phenomena. They think that if they can alter the neurochemistry enough, they can produce the perfect individual, which they have articulated as compliant, without critical thinking, tradition, self-identity. In short, it is a caricature of a human, an inversion of a saint’s organic attainment of liberation from worldly concerns. It is the artificial subjugation of humanity.

The occult wars are focused on demoralization. The complete subjugation of the psyche, so profound that one cannot even articulate or envision alternative points of view or circumstances. Like the waves of despair and depression that wash over the body, it is the skillful means which counteract these dark signals. It is the sigilization of intention, overwhelming the assaults on health, on spirit, the constant psychological warfare that exploits fears, empathy, deeply rooted insecurities and infinite potential horrors of the unknown.

Therefore, one must stabilize at all costs. To be as solid and steady as the fixed mercury when it is cleansed of poisons. One has to propagate the enlightened outcomes, by creating the conditions for these to manifest. Even the darkest sorcery, those that use the most abominable rituals and pain to harness energy still must create the conditions for the rituals to succeed. These are mostly those that get a glimpse of the power and potential but are too weak and of low honor and character to attain in the noble way of the Dharma. They turn to artificial, inorganic shortcuts, dark rituals, entities, etc. because they cannot succeed as the Siddhas.

They leak energy, power and potential and sense they are fading away into their self-made hell. The snare tightens, necessitating even more and more extreme actions to draw out the reactions and power like addicts. They can not yoke (yoga) the Mind and control the breath, thus their spirit becomes more and more wayward, distorted as it is bound into karmic cycles of eternal regret. Such ones could be given the Soma, the Holy Grail, the Philosopher’s Stone and it would be of no use to them. Their need for stimulation, novelty, their demonic hunger and selfish neurotic poison would never let them experience the true bliss of the inner elixir. Thus they grow to hate the saints and humans that still have this potential. 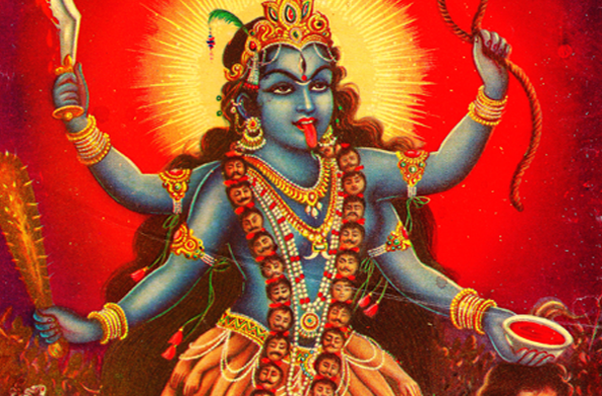 They don’t understand the Mother’s sternness is to save them from deeper anguish and pain. The wrathful, brutal material (mater, or mother) world is to be taught to avoid the eternal snare from which there is no egress. Luxury is, indeed as the poet says, more brutal than war. When will you wake up from your own created nightmare? For you have the luxury to be depressed, to be restless, to not have to fear for your daily rations or survival. But the sword of death is always right at your neck though you sense it not. You take life for granted, each breath, each morning sun. No Work is done, no progress truly made and you sink back to even worse than one who does nothing at all.

We engage with our teachers to produce the most empowering methods of liberation, the skillful means and the power objects and herbs that shatter karma, obstacles and untie the knots that bind to this low resonance. Support this work and take the empowered herbs, the jewel pills, and truly focus on the means of cultivation. As we said, it is simple but not easy. It is profound but gentle and perfect in balance. The body is the crucible for this transmutation into dynamic and new potentials. We face the ultimatum known only at the dying shift of the world ages. It is a winnowing, a distillation and a purging of the dross. We stand at the threshold of the abyss and the Pure Land. There is nowhere to run nor hide from this final proposition from eternity.