Our Daoist teachers have sent us various items for our fundraising new equipment for the lab and expanding our herbal missionary, so we obtain these socks from the small exiled enclave of Mao Shan practitioners who fled China into parts of Asia. They are also the source of some our most potent Daoist herbal formula from trauma pills (coming soon) to the qi cultivating pills. Daoist footwear is important from martial arts training to walking qigong. These are very special made socks that include a free Daoist mala and sample of their qi pills. Daoist socks are the best and not just fashion. Please read a section from the forthcoming Neo-Daoist Manifesto from Bottle Gourd Bushcraft:

God-like Walking Skills
The ascetics used what would be sandals, clothing leggings, and what amount to moccasins, which have ritual and practical uses in climbing and movements. In some Daoist writings it is discussed that shoes were made of cast off items, scraps, and after the influence of Buddhism not of animal skins, but also of anything that was loud that would make noise and disrupt the quiet. The Daoist or Shaolin monk style socks, up to the calf high, linen and thick, are a monastic development that also has esoteric functions in qi cultivation. They are designed to taper wide pant for stretching, those used by the monks or the wide style of Thai fisherman pants, and have specific method of wrapping around the leg to be made snug with sock. These have become fashionable in martial arts, but are very useful in active and sitting training,climbing and hiking, stabilizing the leg but not blocking circulation, very practical to make oneself and adapt to the mucklucks. We quote Sifu Wing Lam on the use and history of these, “In Cantonese, leg wraps are called Chin Geuk Bo. Chin means wrapping, Geuk means leg, and bo means cloth. The leg wraps are nothing more than ribbon-like strips of cloth that are tied around the foreleg In similar fashion, they can also be tied around the forearms to serve the same purpose. The primary reason for these wraps is to provide more external support to the forelimbs. When you workout, your muscles become engorged with blood and expand. The wraps prevent your muscles from expanding too much. They also serve to keep your muscles in alignment, reducing your chance of pulls or strains. In this manner, the wraps allow your legs to be springier. They can help increase your endurance, permitting you to run longer and faster, as well as kick stronger. The essential reason for wearing leg wraps is to keep your leg strength longer without fatigue. Additionally, since Kung Fu practitioners wear baggy pants, for more range of motion, the wraps gather up the loose ends, so to speak, preventing rips and tears to uniforms. Many students here have torn their pant legs by swinging a sword too close to their leg and catching the loose fabric of their uniform. Wearing leg wraps can prevent this.
Up until very recently, the Chinese military relied on these types of wraps as a standard piece of their foot soldier’s uniforms. Chinese soldiers often had to endure long marches, and these leg wraps were just what was needed for the infantry to walk for an entire day. Wraps were considered one of the most important pieces of equipment for the footsoldier. Sometimes, light armor served the same purpose. Ancient soldiers wore armor on their forelegs and forearms, similar to our studded leather wrist braces, but of hardened leather that was much thicker and custom-fitted to each wearer. These were known as Ma Gap (literally “horse armor-like-bone”). Since these were custom-fitted, they provided the same compression that the wraps did, plus the additional protection against injury. In modern times, stiff high-laced boots serve the same function as these ancient Ma Gap accouterments. Police, military, emergency response workers (such as fire and medical) and even bikers all require the same protection and stamina on their feet.

According to Chinese legend, leg wraps were frequently used by a unique class of warrior known as Yen Hap (hidden martial-hero). These masters were reminiscent of the Japanese Ninja or our own Robin Hood. They fought for justice, but secretly to avoid persecution from tyrannical warlords or dynasties. They used leg wraps for a slightly different purpose, primarily to silence flapping pants legs and sleeves. This allowed them to be more sneaky.

One of the heroes of the Chinese classic Outlaws of the Marsh was famous for his leg wraps. He was a messenger of legendary proportions who could travel hundreds of miles on foot each night. His skill was attributed to his Ma Gap, and his burning of special paper sacrifices bearing commands to the gods. His nickname was Sun Haung Tai Bao. Sun Huang means God of walking. Tai Bao (not to be confused with Tai Bo) originally was a term for someone who was of exceptional ability – between a god and a man. Today, it is used as a slang term for a young man who is spoiled, like a playboy. Outlaws of the Marsh has hundreds of characters so each had to have some distinguishing characteristic. For Sun Huang Tai Bao, it was his leg wraps that gave him god-like walking skills.” 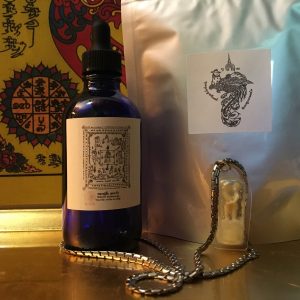 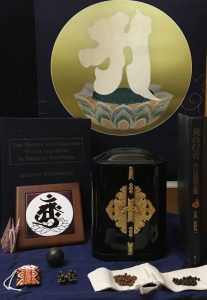 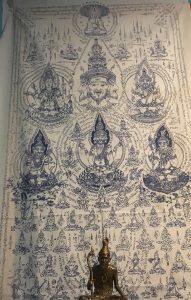