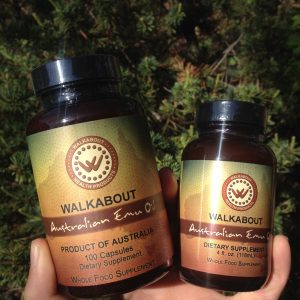 Information from the Manufacturer (scroll to bottom for dosage, shelf life, ingredients and storage information):
Emu Oil is rich in natural occurring vitamin K2 MK-4, the most potent form of K2—up to 10 times the amount found in butter oil or ghee. Emu Oil is a traditional sacred food of the indigenous Australians; a food they relied upon for vibrant health.

Walkabout Emu Oil is an unsurpassed and synergistic combination of nutrients formulated and balanced by Mother Nature and readily used by the body. It is 100% pure and unadulterated—nothing is added to the oil and nothing is taken out.

The Emu (Dromaius novaehollandiae) is a large, flightless bird native to Australia. It dates back 60-100 million years.

The Aboriginal Australians are the oldest living culture on earth and can trace their lineage back more than 40,000 years. For them, Emu Oil is considered a Traditional Sacred Food, thus named because they were the essential foods needed for their optimal health and development.

Long before Hippocrates said, “Let food be thy medicine and medicine thy food,” traditional cultures were, out of necessity, doing just that to maintain vibrant health.

These special foods had concentrations of nutrients far beyond those found in foods available to most of us today.

The Aboriginal people pass down knowledge by word of mouth, so it wasn’t until 1860 that Emu Oil’s traditional use was first recorded by G. Bennett in his “Gatherings of a Naturalist in Australasia.”

The Emu was so revered by the native Australians that it is part of their mythology, their Dreamtime.

In the 1930’s, Dr. Weston Price, a pioneer in nutrition, traveled the world analyzing diets of primitive people. His findings are so important that his book, “Nutrition and Physical Degeneration” is still being published.

He was in awe of the incredible moral, spiritual and physical health of the indigenous Australians. They were free of chronic disease—strong and attractive people with broad faces and they produced healthy children generation after generation.

Dr. Price found that primitive diets were consistently rich in micronutrients: vitamins, activators (activates nutritional profiles of other nutrients), and minerals. Westernized diets are lacking in those nutrients.

He found that primitive people consumed a diet containing “at least ten times the fat-soluble activators—vitamins found only in animal fat—compared to the typical American diet of his day.”

Price considered these fat-soluble vitamins to be the key components to healthy diets.

The Aboriginals favorite foods were fat from the “intestines of marsupials and emus.”

Man has not biologically changed in 40,000 years. We still need the nutrient dense foods of our ancestors.

Emu Oil is the fat of the bird. This fat sustains the life of the Emu over long periods of time.

The male sits on his eggs for 54 days, he never gets up to eat or drink, all his nutritional requirements comes from his fat—direct absorption—no waste. Then, for the next three months he raises the chicks.

Hibernating animals such as bears, hedgehogs, snakes, and penguins also accumulate this type of nutrient dense fat, seasonably built up and depleted.

The Emu is the only known warm-blooded animal able to provide this type of life-sustaining fat on a commercial basis. It is a nutrient dense superfood!

Genotype of the birds
Feed and husbandry
Traditional refining methods
Research into the benefits of Emu Oil began in the 1980’s in Australia. High biological activity was found in the oil from birds living in the wild. This research triggered interest in emu farmers to replicate that biological activity in farm raised birds. It is from these conscientious farmers that we source our oil.

From the 1980’s to present day, our emu farmers have been doing their own research through universities, hospitals, and on their farms. This research has demonstrated that the genotype of the bird is paramount in producing the highest quality oil.

While our farmers were studying the Emu, others were breeding for “big birds,” trying to increase the amount of meat and oil per bird. By breeding different genotypes, the result was an inconsistent quality of oil.

If you bred a Thoroughbred to a Shetland pony would you still expect to win the Kentucky Derby? That is of course a joke, but you get the meaning. You may still get a horse out of the breeding but it will have lost the characteristic of incredible speed.

Our birds are genetically selected and separated on the farms—no crossbreeding! All emus in the rest of the world come from inferior zoo stock. Australia banned exportation of emus in the 1960s. No one outside of Australia has access to these base genotypes.

For ten years, our farmers make trips into “emu country” to learn to emulate the birds natural feed. They studied emus in their natural environment, analyzed their droppings and their dietary habits. They found that correct feed significantly increased the biological activity of the oil. Our farmers’ emus are fed in accordance with this important research. The birds are farmed on virgin soils in Australia and roam in large pastures. No GMO feed, vaccinations, antibiotics, growth hormones, pesticides or chemicals of any kind are allowed on the farms.

The years of research would have counted for little without the correct refining method. Katta, an Aboriginal Elder, shared with our farmers the traditional method for refining the oil. Combining this tradition, with science, has been the guide to preserving our Emu Oil’s natural characteristics. It leaves the oil unadulterated, the way nature intended.

When techniques such as stripping agents, deodorizers, bleaches, high temperatures, molecular distillation and winterizing are used it results in loss of efficacy and destroys its natural synergy.

At Walkabout Health Products we take a holistic approach to our Emu Oil and treat it as a highest quality food supplement.

We are unaware of any known allergy. If you have a sensitivity to poultry or fats you should check with your health care professional.

Emu Oil should be taken ideally during or directly after a meal. Taking them early in the day will help activate nutritional profiles of other nutrients. It is important to take them on a regular basis and for best results, on a permanent basis.

Individual requirements for nutrition vary greatly. Dosage depends on many things: present health, stress levels, and the quality of the foods you eat.

Liquid supplement–Approximately ¼ tsp. of oil is equal to 1 capsule

Two things to stay away from: direct sunlight and oxygen.

Always store with the lids firmly closed on all bottles. On the 2oz. topical bottle keep the flip top closed when not in use.

Australia’s Therapeutic Goods Administration required a rancidity test before registration of our Emu Oil. The shelf life of the oil is three years; it is a very stable oil.

You can refrigerate the oil, but it is not necessary. The shelf life is not prolonged by refrigeration.

Will it harm the oil to be refrigerated? No. But again, all parts of the oil must be present for maximum benefits. In the refrigerator the oil will separate as it becomes solid. It must then be brought back to room temps so it can be properly stirred or shaken. 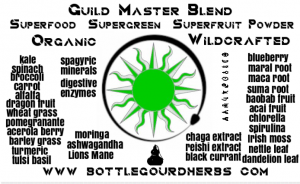 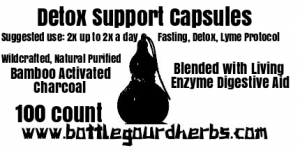