This world takes feminine energy for granted, as it can seem to be disgraced, violated, dissipated in its ever yielding, ceaseless giving expressed as the ultimate receptive and passive force. But as theirs is a secret power like water, in energetic potential that is too often stagnated, wasted, and squandered by both sexes. Men tend to waste their sexual energy with improper sexual techniques, while women tend to dissipate their energy through the channels and chakras, often settling as pernicious energy in the Anahata and Manipura chakras. These can manifest as emotional knots in the nadis, sapping energy, focus, sexuality, and these are exacerbated by a modern diet, the chemical assault on the female system as well the cosmetic, cleaning and bath products. It is a full spectrum saturation of factors that are hostile to the very notion of womanhood, and of the innate feminine goddess spirit, where even the identifications of what it is to be a woman are diluted or reduced to the most superficial external veneers and the reductionist hypothesis that the essence of woman is found in some ratio of hormones. We present here a subtle energetic tonic based on rasayana and Siddha herbs used traditionally by yoginis for female health and infused with navapashanam. There are 108 kaya kalpa herbs, 54 male and 54 female, absorbing secret combination of nine female vibrational gemstones, and these are the female herbs empowered by the guru plant in a homeopathic level and infused in a specially constructed alchemical crucibile flanked with ormus rich black sand and sealed in yantras and subjected to intoned mantras continuously which summon and imprint the feminine cthonthic earthly energy into this limited produced elixir. This is produced by an herbalist and yogi and it is part of his yogic meditation to make this with full concentration in the traditional manner. We are pleased to source this from a long time teacher and healer, but there are limited quantities. This is for a 2 ounce dropper which is a two month supply. * 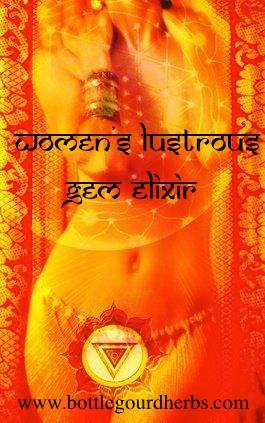 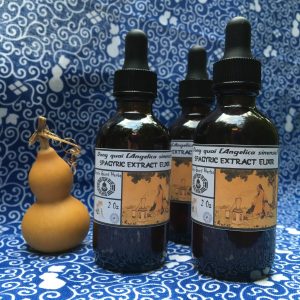 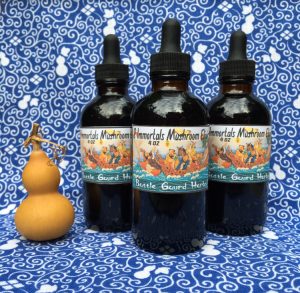